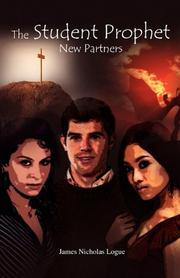 International intrigue with an inspirational twist.

In the second book of his series, Logue (The Student Prophet: Initiation Rites, 2009) creates a world where both the FBI and God find college football as important as global acts of terrorism. Jeff Fitzpatrick—Penn State sophomore, Blue Band drummer, part-time FBI agent and prophet of God—defends the Earth from the work of the Leader and his evil, archangelic cohorts the Dragon (disguised as terrorist Professor Ronald Blackstone) and Adam, now a rogue FBI agent. In this installment, Jeff gets help from two new international prophets, Jewish Rachel and Muslim Fatima, who possess his same ability to foretell tragic events. The FBI faces enemies from within and without while the prophets suspect their friends of being guardian angels and Jeff finds romance in an unexpected place. The powers of evil prepare new terrorist attacks, including some close to home for Jeff, and draw al-Qaida cells, Mexican drug cartels and even the CIA into their plot. A bevy of effusive family, friends and religious confidants supports Jeff through the challenges and dangers that come from occupying the difficult position of being a student prophet, helping him juggle school, family changes, physical danger and spiritual doubt. Though all the elements of gripping drama are present, Logue’s repetitive, clunky prose gets in the way of the suspense. Unnecessary, unnatural dialogue makes the characters feel one-dimensional. Key moments, such as fights between the forces of good and evil, are briefly narrated, wasting many opportunities for drama and excitement. Despite this, the book’s world is compelling for its mix of the strange and the familiar. Characters and their struggles are broadly relatable, even if their inner lives are too often told rather than shown. Family values, the importance of friendship and God’s constant presence are inspirational themes that could be better used in service of the author’s religious goals. However, Logue possesses an inherent understanding of what makes an action and adventure novel, and this keeps the story moving despite itself.

Readers valuing plot over prose will appreciate the book’s strengths.