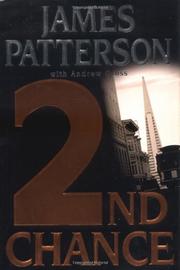 A murder outside San Francisco’s La Salle Heights Church brings back the Women’s Murder Club, extending a series (1st to Die, 2001) that could rival Kinsey Millhone for sales, if not for ingenuity, warmth, or humanity.

How could the killer have sprayed the sidewalk with casual gunfire and yet managed to hit young Tasha Catchings, and only her, twice? wonders Lt. Lindsay Boxer. He must have been aiming at her instead of the rest of Aaron Winslow’s church choir—presumably for the same reason he strung up Estelle Chipman in her Oakland basement and disguised the murder as suicide. Since the killer, whoever he is and whatever his motives are, is running rings around the SFPD, Lindsay calls in “the Margarita Posse”: her best friend Claire Washburn, the city’s Chief Medical Examiner; ADA Jill Bernhardt; and Cindy Thomas, the Chronicle’s lead crime reporter. In no time at all, the Women’s Murder Club—“three of the sharpest law-enforcement minds in the city”—have swung into action. One of them gets shot at, one gets pregnant, and one gets to date Aaron Warner. Meantime, the killer dubbed Chimera is continuing to take blood-soaked revenge for a 20-year-old injustice involving a figure from Lindsay’s past, her long-estranged ex-cop father Marty Boxer, in a way that another author might make morally agonizing. Patterson, not one to stop and smell the roses, keeps up the pace by showing Chimera taunting Lindsay and attacking her and her buds, the SFPD running to and fro to counter the latest threat, and the body count rising en route to a showdown introduced by the killer’s cool assessment that there’s “no one to kill right away.”

Lots of slam-bang action, though, except for Lindsay, the alleged action heroines mostly have it happen to them instead of dishing it out.