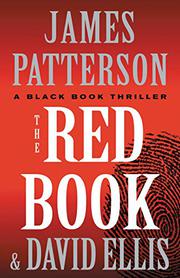 Patterson and Ellis put their characters through hell in this hard-edged second installment of their Black Book series after The Black Book (2017).

A young girl is one of four people gunned down in a “very, very bad” K-Town drive-by shooting in Chicago. Police are under intense political pressure to solve it, so Detective Billy Harney is assigned to the Special Operations Section to put the brakes on the gang violence on the West Side. His new partner is Detective Carla Griffin, whom colleagues describe as “sober as an undertaker” and “as fun as a case of hemorrhoids.” And she looks like the last thing he needs, a pill popper. (But is she?) Department muckety-mucks want Harney to fail, and Griffin is supposed to spy on him. The poor guy already has a hell of a backstory: His daughter died and his wife committed suicide (or did she?) four years earlier, he’s been shot in the head, charged with murder (and exonerated), and helped put his own father in prison. (Nothing like a tormented hero!) Now the deaths still haunt him while he and Griffin begin to suspect they’re not looking at a simple turf war starring the Imperial Gangster Nation. Meanwhile, the captain in Internal Affairs is deep in the pocket of some bad guys who run an international human trafficking ring, and he loathes Harney. The protagonist is lucky to have Patti, his sister and fellow detective, as his one reliable friend who lets him know he’s being set up. The authors do masterful work creating flawed characters to root for or against, and they certainly pile up the troubles for Billy Harney. Abundant nasty twists will hold readers’ rapt attention in this dark, violent, and fast-moving thriller.

Top-drawer crime fiction. The authors are tough on the hero, but the hero is tough.