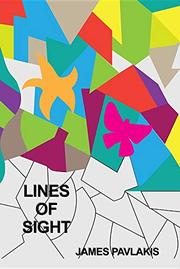 This book opens by asking fallen soldiers to “Come up, boys. / Come up from your moldy graves.” From there, readers begin to ride the fast current of the author’s poetry. Alternating between traditional verse, heaped lines, and poetic structures that recall those in the famous avant-garde poetry magazine L=A=N=G=U=A=G=E, the author’s poems have a dynamism that’s similar to that of poet Ron Silliman’s The New Sentence. But although the poems propel readers forward, they never really arrive at a destination. The text is riddled with too many clichés—so many that it feels intentional—such as “Now is the ever-present / that is never done. / Now is a piece of always” or “Is a lifetime just that—a life of time?” Although the platitudes run freely, readers will continue on, ambling toward nowhere—deeper into the mind of the speaker, who never shines through the force of his poesis. Indeed, poesis is lacking here—particularly one that would use these formal experimentations to create something other than what contemporary conceptual poetry has already given us. For instance, “Know What I Mean?” emulates Stéphane Mallarmé’s A Throw of the Dice without using any of the white space of the opposite page as a canvas, and in “Wholeness,” the line breaks are just as jarring as they would be in a Robert Creeley poem but never quite slap like a contemporary reader may expect them to do. In another instance, Pavlakis shows a compelling interest in narratological concerns: “the poet walks his unshaped thoughts / down dim, deserted idea drive / turns right on word avenue / passes weedy vacant lots / comes stunned / to dead end.” Thus the author puts a Joycean Leopold Bloom before the reader, moving on to a different linguistic field, but he never does anything with it. Readers are left hanging, waiting for some bold, loud, and syntactically irreverent linguistic matter to arrive. Overall, the poet has done an intriguing job of juxtaposing various forms of contemporary poetry, but he never allows himself to go the extra mile.

A compelling set of poems that would benefit from less rigid experimentation.