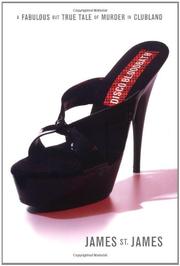 A Fabulous but True Tale of Murder in Clubland

Michael Alig was a top promoter in the deviant, drug-soaked Manhattan club scene of the early 1990s. The party ended when he savagely murdered a drug dealer and deposited the dismembered corpse in the river. Three years later, scenester St. James tattles on his homicidal pal in an unformed, exploitative, and cobbled-together work. St.James betrays his friend Alig’s confidence—not for personal gain, of course, but for soul-searching purposes: “I had to look at the monster in me that could love someone like this.” Yet most of the book is devoted not to analysis of Alig’s background and motivation, but to St. James’s wearying recall of their heady years grappling for supremacy in the top echelons of club society. This hazily jaundiced narrative offers only unappealingly reductive portraits of club kids, gay nightlife, and druggies. St. James dishes endlessly on such topics as his ketamine addiction and his circle’s catty social rituals, but his inability to convincingly contextualize his tale—to place the hedonistic club scene within a larger portrait of fin-de-siäcle Manhattan, or to humanize Alig as something more than a cipher- turned-inept-killer—reduces his book to a mere check-list of seamy tropes. Disco Bloodbath is a dreary and minor retelling of a tale whose principals have long since been exhumed by the mainstream media.