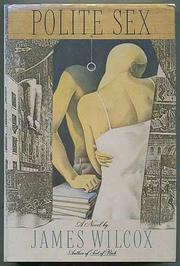 For his fifth novel, Wilcox (Sort of Rich, 1989, etc.) leaves the everyday comedy of small-town Louisiana for more serious matters in New York City, where a few Tula Springs natives struggle with ambition and disappointment, and faith and disillusion. Wilcox plays with perspective in a narrative that jumps back and forth in time as he follows the lives of two Louisiana girls who come to the big city in the early 70's with seemingly opposite goals. The high-minded Emily Brix, whose parents are pretty low on the Tula Springs social ladder, wants to conquer the serious stage fresh from her years at Smith. Instead, she finds herself working as a ``glorified receptionist'' for a Times Square movie-production company, where she reads countless scripts that offend her lofty cultural standards. This petite, virginal, self-effacing blonde eventually marries Hugh Vanderbilt, a well-healed graduate student in theology at Union, whose practical proposal leads to an unromantic marriage. Meanwhile, Clara Tilman, a hometown beauty and friend of Emily's sister, decides to become a model to escape her abusive boyfriend back home, the studly F.X. Pickens (the future coke-head ex-con of Modern Baptists). With luck and newly acquired savvy, Clara exploits her southern belle act and earns modest fame as a TV actress while Emily's life spirals downward. Her acting career never takes off; her marriage falls apart; and she finds herself a dumpy 40-year-old living in cramped quarters and working at a test-preparation center. Things are never as clear as they seem here, and Wilcox's narrative style allows him to return to key events, exposing the passionate and messier truths of everyone's sexual behavior. Emily proves the most serious misrememberer- she's also a sexually repressed expert at denial who shares a dark secret with her alter-ego Clara. A surprisingly ordinary fiction from the otherwise gifted Wilcox, whose first venture outside Tula Springs drifts, with little humor to steer it straight.