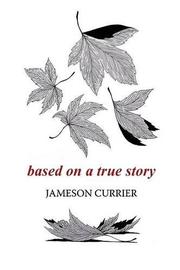 Based on a True Story

The author’s storytelling gifts are on full display in this tale of melodramatic entanglements between a quartet of 40-something friends as they spend a holiday reminiscing at a bucolic North Carolina mountain cabin. The country setting seems to be just what Scott and his younger partner, Aiden, need, and hosts Tom and Harley welcome them with lively conversation about coming out, old boyfriends, their past lives as college students in the big city, the downsides of aging, and their separate attempts to make peace with the loss of close friends from AIDS (the “ghostly baggage strapped to our backs”). Tom, the book’s narrator, shares his personal story of living through the bleak mid-1980s in New York City as a struggling writer, and of his longtime friendship with Scott, whom he met as a postgrad and dated. They “became better friends than lovers, kindred expatriates of unaccepting Southern families.” Things begin to get dicey when a mutual friend named Neal, a pal from Tom’s college days, is mentioned by Aiden, Scott’s lover and a die-hard Southern California urban dweller with “a clear sense of drama.” The talk reveals Neal’s abusive relationship with Aiden’s nephew Perry, which leads to a vicious plot involving obsession and murder-suicide. The violent, unsettling truth forces Tom to begin writing again and fully embrace the love he feels for Harley. Thankfully, Currier’s slim, satisfying novel isn’t overwritten or mired in exposition. Instead, it gets to the heart of the quartet’s issues quickly, creating a swift, dramatic read with plenty of poignancy regarding the plight of gay men in the age of AIDS. Fans of interpersonal dramatics will find much to savor in Currier’s deceptively simple narrative as intimate histories and close friendships mingle with explosive results. No one emerges from the mountain cabin unscathed.

An involving, sentimental yarn of love, secrets, and relationships.