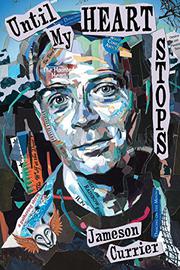 Until My Heart Stops

In the 59 pieces contained in this volume, which Currier says is “as close as I may come to publishing a memoir,” he examines the relationships, jobs, passions, and health problems that shaped the course of his long writing life. From his childhood in conservative, suburban Georgia to his experiences in New York City’s gay community during the AIDS crisis to developments in LGBT civil rights, Currier mines his memory to present an intimate, if necessarily incomplete, self-portrait composed over many years. In “Passing Grades,” a 30-year-old Currier worries that he’s becoming less attractive to strangers on the street. “That Summer” has the author returning to a beach town where he once spent a season with a close friend, now dead. In “Lessons,” he describes coming out of self-imposed celibacy to have an affair with a man who’s married to a woman. These are all morality tales of a sort that an older man might wish he could share with his younger self. In many cases, the author attempts to figure out just where things went wrong—where a mistake was made, what it taught him, and whether he learned enough, at the time of writing, not to make such an error again. Currier is a masterful essayist, adept at lingering over a meaningful detail or capturing a complex emotion in a simple phrase. Of remembering his deceased friend, for example, he writes: “ ‘My friend’ becomes an emptied phrase repeated throughout the years.” There’s also charming humor, as when he describes seeing his first musical, a touring production of The Unsinkable Molly Brown: “it was the most inspirational thing I had ever seen; it was as if I had personally discovered the face of Jesus on the side of a potato.” The mix of voices and perspectives, all from one man at different ages and states of maturity, gives this collection a kaleidoscopic quality, and a multifarious vision emerges that’s simultaneously fractured and whole.