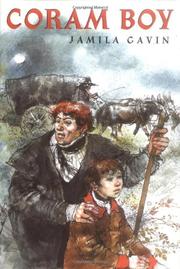 This historical novel, winner of the 2000 Whitbread Award, deals with one of the more lurid and fascinating bits of English history. In 18th-century England, a man makes his living disposing of the unwanted children of both rich and poor women. Sometimes he sells them into slavery, sometimes he kills them, and sometimes he blackmails the mothers for years thereafter. He even abuses his own son Meshak, a simpleminded lad. Meshak, who is quite literally haunted by the babies he has helped to bury in ditches throughout the countryside, rescues one special abandoned child: the illegitimate newborn of a young woman whom he has worshipped from afar. He takes the baby to the Coram Hospital, where he is named Aaron, raised as an orphan, and exhibits a prodigious talent for music, encouraged by none other than George Frideric Handel. Years later, the paths of all the participants of the drama—Meshak, his villainous father, the illegitimate child, the child’s parents—intersect with electrifying consequences. For when the participants in the original tragedy gather together, “there was not just one truth, because there was not one person there who knew the whole of it.” This of course lends the plot structure considerable tension as the readers watch the characters try to unravel things. In her Preface, the author gives historical background regarding the infanticide and child slavery of the era, and the real historical character, Captain Thomas Coram, who devoted much of his life to establishing the Foundling Hospital where abandoned children would be sheltered. The historical setting is presented in enough detail to set the stage but not overwhelm readers with no previous background and knowledge. This is the stuff of high melodrama, and readers of the genre who will be swept along by the theatrics will not be disappointed. (Fiction. 11-16)