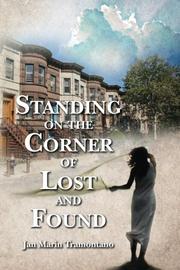 STANDING ON THE CORNER OF LOST AND FOUND

An affirming story of sisterhood and second chances in the 1960s and ’70s.

When the love of Lisa Stern’s life dies in a car accident, she’s left to pick up the pieces of her shattered life. Though she’s a smart, attractive and self-possessed 20-something, without her longtime boyfriend (and one-time college professor), Mac, Lisa loses herself—and her ability to cope. The novel begins with Lisa’s journey out of Boston to Cape Cod, where she finds solace in the company of a widowed Portuguese baker. The two women’s unlikely friendship allows Lisa to begin to make sense of her loss and inspires her to open a women’s community center to help others get back on their feet. With a new plan, and her best friend from Boston, a hard-edged single mother, in tow, Lisa returns to her hometown of Albany, N.Y., and to the overbearing Jewish family she fled years earlier. Mimicking the alogical structure of grief, much of the narrative is nonlinear: scenes of Lisa and Mac’s romance, her budding friendships in college, as well as her political awakening in the early 1960s, are interspersed carefully throughout—Tramontano has quite a knack for introducing new information from the back story in order to inform the reader's understanding of what’s happening in the present. The book leans on a few clunky devices—a dead grandmother who frequently gives advice from the other side—and the writing is sometimes hokey and heavy-handed: “The ocean gleams sapphire”; rooms are “hungry for life”; and women are prone to “silently [scream] into the black night.” Tramontano’s writerly strength lies in her characters. More often than not—and there are a lot of them—characters are complicated, flawed and believable. Tramontano portrays Lisa’s troubled relationship with the architect assigned to work on the women’s center in Albany particularly adroitly, using it to reveal that Lisa’s perfect lost love might not have been so perfect after all.

Suffused with the spirit of the ’60s, Tramontano’s is a warm and engaging debut.