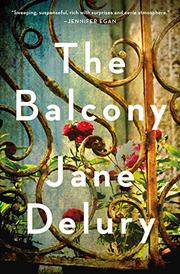 In an assured debut, a delicate fretwork of lives, relationships, and secrets is built up over the course of a century—and linked by a manor in an ugly French village.

Opening in 1992 with Brigitte, an American hired to work as an au pair in Benneville, a community outside Paris, this unusual novel in stories introduces a place—the Léger country estate—which will act as the connective tissue to 10 overlapping narratives. This "bourgeois manoir with a façade of buttery limestone that stretched three stories into slate turrets and gables" has weathered architectural looting, wars, suicide, and sacrifice and has been home to entrepreneurs and deserters as well as the people who worked for them. Brigitte finds herself attracted to current owner Hugo, a damaged academic, but this is just one single—if significant—moment in a woman’s search for a life trajectory that fits. An intriguing mix of relationships—flawed men, unsettled women, struggling parents and partners—follows, arranged in nonchronological order, with characters recurring, often moving from a glancing reference to center stage. In “A Place in the Country” we meet the Havre family, whose generations, and scars, crop up in several chapters. Paterfamilias Henri, the village schoolmaster and a hero of the World War II Resistance, is as cold and bullying to his grandsons, Alexis and Emmanuel, as he was to his schizophrenic son, Guy. Alexis, whose adult choices are shaped by a childhood encounter with his uncle Guy, reappears in “Half Life,” and Emmanuel’s daughter, Adèle, appears in both “Tintin in the Antilles,” an insightful snapshot of aging, and the weaker “Ants.” While the author affectingly composes her characters' individual psychologies in slow dabs of detail, the manor’s physicality supplies permanence, its balcony a witness to two of the darkest episodes, and the surrounding forest a penumbra of mystery and continuity.

Strikingly deft and nuanced; a writer to watch.