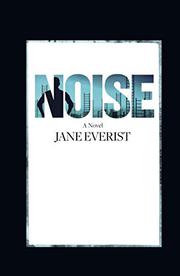 A teenager struggles with schizophrenia in a dysfunctional household in Everist’s novel.

Zack Ewing is a teenager, headed off to college, who’s a talented writer and shy and nervous around his parents and peers. From the earliest stages of the novel, however, Everist drops clues that not all is well in the protagonist’s household. His father, Carl Ewing, a man who “never forgot a grudge,” bosses his wife, Sheila, around and is frustrated that his son won’t follow him into the homebuilding business. As his marriage to Sheila crumbles, he remains boorish and oblivious, and his actions include burning his son’s short stories out of anger at what he perceives as the boy’s sensitivity. There’s a weakly developed subplot involving the unusual death of Carl’s former business associate, but it’s Carl’s cruel behavior toward his family members that drives the plot. He insists that his son’s diagnosed schizophrenia is somehow the result of drugs, particularly marijuana, while his own actions indicate increasing instability. Meanwhile, Sheila’s confusion surrounding her son’s deteriorating mental health serves as an intriguing emotional counterpoint, but she remains absent for large sections of the novel, and a plotline about her reaching out to a former high school crush largely fizzles. The story’s most effective scenes involve Zack’s manic episodes, which are presented with an eerie attention to detail as he tries to make sense of his psychiatrist’s and his caring uncle’s advice. As the novel rushes toward its climax, Everist jumps between Zack’s mental health battles and the much less compelling story of Carl and Sheila’s marriage, and the unnecessary use of time jumps does little to foreground the novel’s most intriguing elements.

A sometimes-engaging but ultimately unconvincing portrait of how a mental health crisis affects a family.