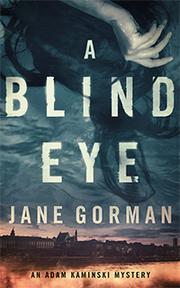 From the The Adam Kaminski Mystery Series series

A murder mystery revolving around government corruption in Poland.

Łukasz Kaminski wakes to find himself battered from an assault in downtown Warsaw. His memory diminished, he can’t recall the details of the attack but knows his daughter, Basia, is dead. Her death is ruled a suicide, but Łukasz is deeply skeptical because she was an exuberant girl who embraced life. A veteran reporter, he suspects her death might be a murder, potentially caused by his sensitive investigation into political corruption, beginning with a prominent minister for whom Basia had just begun working. Also, his newspaper editor tried to steer him off the trail with the promise of an unexpected promotion. Meanwhile, Adam Kaminski, a Philadelphia police officer, travels to Poland as part of a special delegation solidifying national ties between the U.S. and Poland. Adam, only picked because the first choice suddenly backed out, confesses he has no special knowledge of the country his grandfather was born in. He reads of Basia’s death in a newspaper and is both intrigued by the story and skeptical about the conclusions investigators draw about its cause. He feels compelled, maybe as a matter of professional instinct, to make inquiries of his own, and he quickly discovers that Łukasz shares his last name because they are related. Together, they delve into an increasingly dark web of crime, challenged by dangerous resistance. This isn’t merely a murder mystery, but reflections on the proper relation to the past and the challenges of understanding and reconciling oneself with it. One governmental minister explicitly warns against unsettling the dust of yesteryear. “You shouldn’t do that, Pan Kaminski….Don’t go looking into the past. You do not know how strongly people feel about the past or about the changes that are coming.” The story unfolds vigorously, keeping the reader pinned to the plot. There’s a romantic element as well: from the very beginning, Adam is pulled between two potential love interests. First-time author Gorman’s prose falls short of perfection, but the artful suspense makes for a worthwhile ride.