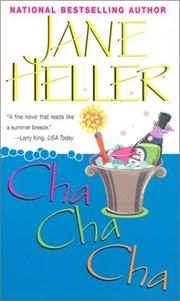 Suburban ex-housewife, and admittedly shallow Jewish princess, Alison Waxman Koff turns down-and-out maid, murder suspect, and PI in this desperate-to-please but ultimately suffocating first novel. Alison is a prime casualty of the crushing blow the 1987 stock-market crash deals Layton, Conn. When her haberdasher husband loses his shirt, he dumps her for his ex-wife, leaving Alison with an unfinanced mansion and no idea how to survive without a meal- ticket hubbie. In a cold town where love means letting him drive your Lexus, she hawks her furs and supplements her small-town newspaper writing with a stint as maid to celebrity-chronicling author Melanie Moloney, hoping to stave off foreclosure and to land an assignment with Moloney's People magazine contacts. No go. The only things she'll get are spending money, dishpan hands, a boyfriend in visiting photographer Cullie Harrington, and a murder rap when she finds Moloney bludgeoned at her desk. Whodunit? The answer is closely tied to Moloney's latest tell-all about the secret life of Alison's boss, Alistair Downs (nÇ Al Downey of Queens), an Arthur Murray instructor turned senator and newspaper mogul. Turns out his past is sordid and involves half of Layton. Alison zips about town, sleuthing with finished manuscript in hand and wisecracks on lips. (Her acerbic humor flares in prison commodes and during vulgar sex scenes.) Lapses in common sense abound: If she's short on cash, why not auction the Picasso or sell out to the TV tabloid vultures? She can't do the latter because this murder rap has given her integrity. The proof: She's keeping lusty though thin-walleted lover Cullie. The dialogue's as probing as the stuff in Lichtenstein's speech bubbles (``Robin, don't tell me you have to sell your coats too?''), and occasionally as funny. Fickle suburban camp. (Literary Guild alternate selection; author tour)