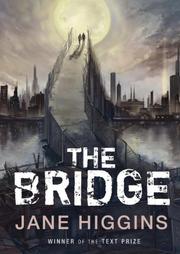 War propels a boy from the privileged side of town across the bridge to the enemy, where he learns the real causes of the war and about his own history.

Seventeen-year-old Nik knows only that his parents were killed in an uprising and that he wants to join ISIS, the government security organization most responsible for his city’s defense against their enemies from the poor side of the river. Although he attends on a scholarship, he’s the most brilliant student in the posh school from which ISIS gets their recruits. When ISIS doesn’t choose him, offering no explanation, he sees no future for himself—until a bomb destroys the school and forces Nik and his wealthy friends directly into the war. The enemy kidnaps Sol, the 8-year-old brother of Nik’s wealthy friend, so he and Fyffe, Sol’s sister, head over the bridge to rescue him. There, they can’t avoid teaming up with the enemy, and Nik learns the real causes of the conflict. When the Southsiders discover Nik’s real identity, however, he becomes the target of both sides. Higgins taps into current social and class conflicts as fodder for her future war. Nik remarks, “while I wasn’t the only brown face in school, I was the only one without back-up.” The Southsiders, it turns out, comprise the underclass that rebelled against their wealthy patrons, contrary to the propaganda that Nik has heard all his life. A suspenseful and entertaining debut. (Dystopian adventure. 12 & up)