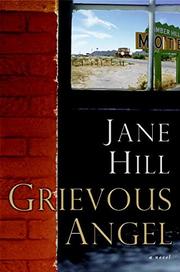 A very black comedy from British newcomer Hill about the boundaries that divide perception from fact and obsession from healthy curiosity.

In her late thirties, tall, attractive Justine Fraser works in a bookstore in her hometown on the coast of England. She lives alone and semi-dates devoted Gavin, but the love of her life remains Nicky Bennet, whom she met during a semester abroad at Lowell University (think Dartmouth). After a rapturous, sexually adventurous semester, they parted, planning to rendezvous in New York. He never showed, but the next summer he appeared at her parents’ house in England claiming he’d been stuck in New Jersey traffic (shades of An Affair to Remember). They fell back into each other’s arms, he proposed marriage and spent a passionate 11 days with her. Then he disappeared again after a bit of overzealous foreplay sent her to the emergency room with a broken wrist. Twenty years later Nicky has become a Hollywood movie star, and now he’s in the news because he’s disappeared from the set of his new picture. As Justine tells her story, she explains that she is not obsessed with Nicky. Although she considers him the great love of her life and has casually kept up with his career, she swears she’s happy with her single life and is full of the self-deprecating, sharp-tongued humor that chic lit fans have grown to trust in their heroines. But Nicky’s disappearance upsets her, particularly because he leaves a note that echoes the suicide note Justine’s older sister left before killing herself when Justine was a teen. In a quest for closure she travels to the US and searches for Nicky. Along the way, readers realize that Justine is not a very dependable narrator and that her story has more in common with Fatal Attraction than Bridget Jones’s Diary.