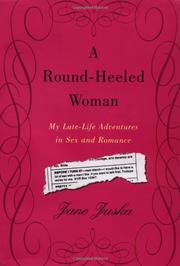 My Late-Life Adventures in Sex and Romance

There’s certainly plenty of sex in this debut memoir about relationships on the upper floors of the age pyramid, but there is also much fine, unfeigned writing on life's miscues, congestions, brave moves, broken hearts, and appetites.

As her story begins in the fall of 1999, Juska is 66, the divorced mother of an adult son, and a retired high-school English teacher who still gives a college course and a class at San Quentin. Five years in analysis have, among other things, kindled in her a desire for sexual pleasure. So she places a personal ad in the New York Review of Books: “Before I turn 67—next March—I would like to have a lot of sex with a man I like. If you want to talk first, Trollope works for me.” The men who responded were mostly an entertaining lot who had been around the block a few times and had no qualms about saying things like, “You know, Jane, you don’t have to be sensual all the time. Go to the Whitney.” Twined with these encounters are the author’s memories of her Victorian sexual upbringing; the resulting guilt, repression, and sadness; the flights from intimacy and the marriage that came with pregnancy; the obesity that served to forestall any romantic tangles after her divorce. She hits some real lows (attending a Carol Doda show with her father, learning that her son has become a homeless vegetarian skinhead), pulls herself together, and makes herself vulnerable to heartache (to which she succumbs). We share her woe and her willingness to commit: “I have decided to appreciate men for what they can do, not fuss about what they can’t.” Juska writes well about the sex—not everyone could get away with “fuck, fuck against the dying of the light”—but even better about the seductions, which take on the luster of years served.

Expressive and touching: readers will be rooting for Juska to get all that she wants.