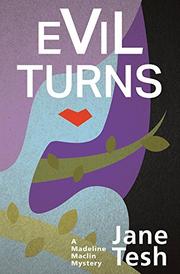 Madeline Maclin Investigations must juggle a surprising number of cases for such a quiet rural area as Celosia. Former beauty queen Mac and her husband, Jerry Fairweather, a reformed con man who works as a short-order cook, quickly become involved in several murder cases. First the body of a young man is found in a local vineyard covered in witchcraft signs. There used to be a coven of sorts in Celosia, and although the girls with the Darkrose tattoo claim they’re just fans of a popular book series, some interested parties fear they’re following in the footsteps of their elders—in some cases, their mothers. Mac, who has no client for the vineyard murder, is soon hired by Amanda Price, a woman of considerable substance in Celosia, who’s determined to stage an outdoor play honoring Emmaline Ross, one of the state’s earliest female vintners. Pushy, opinionated Amanda steps on so many toes trying to get the project going that she’s the obvious suspect when Harold Stover, who violently opposed her, is found dead. Undaunted, Amanda makes plenty of new enemies casting the play, especially as she plans to play the lead role. But wouldn’t they rather kill Amanda than Harold? At length Mac learns that both Amanda and her unacknowledged flower-child sister grew up in a local commune. Jerry’s insights as the music and lyric writer for the play help uncover more clues. So does his talent for picking locks. Even though Amanda’s the worst possible client, Mac, convinced of her innocence, continues her search for a killer or two.

Mac’s fifth adventure is just as quirky as its predecessors (A Bad Reputation, 2014, etc.), with the bonus of a stronger, more complex mystery.