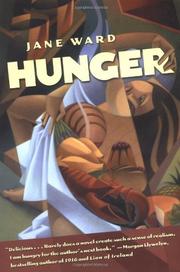 A frustrated cook leads a flavorless life—until she leaves her husband.

Anna Rossi loved Michael once, when he was a brilliant student and great kisser. But that was before he became a stuffed-shirt lawyer with friends and colleagues who always ask her if she majored in home ec. She's tired of being patronized and weary of her loveless marriage, but her daughter Sara is only six, too young to handle the stress of a divorce. When Anna talks Michael into a vacation at a New Hampshire inn, hoping for a reconciliation, the two discover, not surprisingly, that there really isn't anything left to say. Anna stays on to work in the kitchen, keeping Sara with her while Michael reluctantly returns to Chicago. She soon strikes up a friendship with James, the inn's sous-chef and a man who knows his way around a mushroom. His knack for fine cooking and his sensual good looks impress Anna, and it's not long before the two become lovers, though Michael continues besieging his wife with eloquent letters, wondering where they went wrong and answering his own questions all in one breath. Anna broods in silence and doesn't reply as she contemplates her failed marriage and compares it to that of her unhappy parents, throwing in, for good measure, every wrong turn she ever took and the least slight she ever suffered. Her mother's sudden stroke and subsequent disability compel Anna to make the most of her life while she's still young enough to enjoy it, and so the agonizing process of divorce begins, though it's instigated by the understandably jealous Michael. In due time, he and Anna part ways forever, and she begins her life anew, doing what she loves at last.