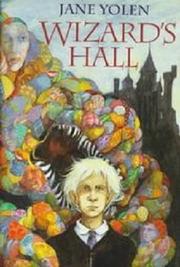 Latest and 113th recruit, at a school for wizards, Henry is given a new name (Thornmallow: prickly outside but "squishy within") and is soon making friends and discovering that—despite a becoming humility and lamentable tone-deafness—he has an unusual, as yet uncharted, power to make magical things occur. This is fortunate, because the school is under threat from a disaffected wizard who used to be the 14th "magister" (teacher) and his monster, a patchwork dragon constructed from negative traits and entire personalities. Piecing together information from the library with his other scant knowledge, Thornmallow manages to stop the beast just before it adds him to its grisly bulk, then rescue the rest of the already-devoured school. Yolen skillfully blends the traditions of fantasy and school story, giving her theme a special twist: Thornmallow is not the expected powerful enchanter but an "enhancer" who makes his contribution as a catalyst for others' magic and whose heroism consists of trying hard and not giving up. Briskly told, with plenty of engaging humor and wordplay—plus the unique, truly gruesome beast (splendidly colorful on Trina Schart Hyman's jacket, but not nearly so scary as in the text). Good, imaginative fun. (Fiction. 9-12)