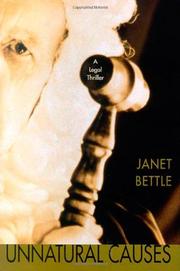 Which came first, the chicken or the superbug? That’s the question that stymies beleaguered barrister Geri Lander. Everything seems to be on the line for this feisty, indefatigable young widow. Despite a recent big win for the law firm she owns with three partners, she’s dealing with an overwhelming range of personal and professional problems. The bank lender wants to call in an overdraft the business has drawn; the staff are revolting against the other partners’ belligerence; one partner has done a bunk after a mortgage fraud investigation; Geri’s 11-year-old son Rory is being bullied at school; and her after-school provider has quit. But Geri’s life and the life of the firm reverse engines the minute prickly, middle-aged Joanna Pascoe walks in. Pascoe’s physician husband has died suddenly of “unnatural causes,” perhaps including a drug-resistant superbug he contracted after eating contaminated chicken korma. Geri, Joanna, Rory, and a Cambridge microbiology professor nose about until they uncover a government cover-up of an antibiotics scheme potentially more devastating than the mad cow disaster. Debut author Bettle, an East Anglian barrister, is clearly at home with the inner workings of the British legal system, supplying court details from disclosure to trial. As murder and romance envelop appealing Geri, her continuing problems make her sleuthing success all the more desirable and credible. Readers can only hope that Bettle has a series in mind.

A British Erin Brockovich meets The Insider with a touch of Rumpole of the Bailey in this agile legal thriller.