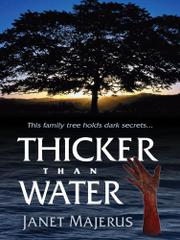 Divorced and back in her home town of Riverport, popular children’s-book author Jessie Schroeder finds herself involved in another murder.

When Fred Kroner died, he left his fortune to a mysterious niece no one knew existed. If she can’t be found, it all goes to his oily nephew and a cleverly packaged evangelist. Jessie (The Best Laid Plans, 2006) has immersed herself in several town projects and a new relationship with Sheriff Gil Keller. Her date with Gil takes a lethal turn, however, when Fred’s house burns to the ground and a body is found in the ruins. It turns out it was a bullet, not the fire, that killed the unidentified woman. Was she Fred’s niece? Several boxes of papers Fred left the historical society may provide a clue, but Jessie barely has time to check them out with a book deadline looming. When Jessie discovers that Fred left her $500 to plant lilacs, a gesture that provokes memories of a childhood incident, she plunges ahead with her sleuthing despite Gil’s pleas to stop. The suspicious interest she’s garnered from both the nephew and the evangelist makes her return to the boxes of papers, where she finds a clue that just may help resolve the case if it doesn’t get her killed first.

A pleasant stroll through a Midwestern river town, though the mystery is a bit thin.