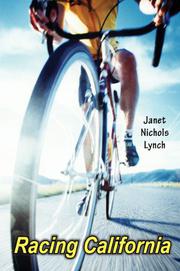 For 18-year-old Evan Boroughs the chance to sign with a major cycling team comes as an incredible opportunity.

Joining the Image Craft-Icon team gives Evan the chance to compete in the Tour of California with his cycling icon, Dashiell Shipley, as the tour winds from Sacramento to Thousand Oaks. Evan still tries to make time for finishing his senior year, for his mom’s undiagnosed sickness and for his girlfriend Glory despite the rigors of the race, but he quickly finds he is stretched to the limit. When his hero tests positive for drug use, Evan must evaluate his place in the cycling world. With a bit more gross-out humor, Lynch’s narrative could nearly be mistaken for a Chris Crutcher novel, albeit one about an incredibly narrow subject. Potentially exciting moments fail to materialize due to cycling jargon and too-generic descriptions of roads, hills and spinning wheels. Cycling terminology is defined in the narrative rather than in a separate glossary, and that additional weight slows the pace. While Evan has depth, the other characters appear and vanish too quickly to leave an impression.

It’s an uphill climb, one that will leave many readers stranded on the side.