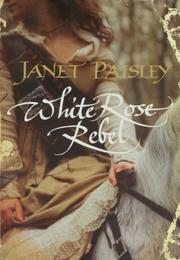 Wife faces husband in opposing armies, as the Scots fight the English in this feisty, female-centered debut based on the historical figure of “Colonel Anne.”

Scottish author Paisley sets her cinematic novel during the Jacobite rebellion of 1745, when the Highland clans rose up against their English oppressors in support of Bonnie Prince Charlie. Headstrong, highly sexed Anne Farquharson, the daughter of a chief, has recently married Aeneas, another chief and a match for her passionate nature. But Aeneas, in debt to the English—who are taxing the Scots, imposing new laws and trying to erode their culture—is obliged to support the government by joining the Black Watch forces. Anne, accustomed to making her own decisions in the Scottish manner, calls out the clan to join the Prince and helps win a sequence of battles. Despairing at Aeneas’s actions, she also resumes her relationship with ex-lover MacGillivray. After the defeats, Aeneas returns home as Anne’s prisoner. Prince Charles invades England but stops short of taking London and eventually the English regroup to inflict a brutal defeat on the Scots at Culloden, where MacGillivray dies. Retribution on the Scots is terrible and Anne is arrested but not hanged; she is instead left in Aeneas’s custody. The couple is finally reunited; their culture may be crushed, but not its spirit.

A tragic slice of history converted into popular, impassioned fiction.