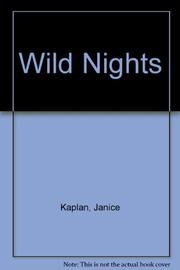 Titans of the Television, Rock Music, and Real Estate universes collide and a perfect marriage is revealed to have been (pick one): a hollow shell, an illusion, an impossible fantasy, too wonderful to last. More telesplendor from the ratings-responsive author of A Morning Affair (1989). Unaware that her handsome but flawed second-generation real- estate magnate husband is cheating on her with his firm's in-house, sexually inventive and ruthlessly competitive lawyer, wife Jillian Van Dorne—ultrabeautiful, superbly competent, devotedly maternal UCLA graduate—reenters the hard-charging world of independent syndicated TV production that she left in order to devote herself to her two adorable daughters, her suburban New York Mansion, and supervision of the domestic help. Her skills unblunted by disuse, Jillian teams with an aggressive independent to turn out the mother of all rock-and-roll documentaries—and in the doing falls for her bronzed, muscular, Hungarian expatriate director and becomes enmeshed in the problems of a dimwitted, masochistic, lower-class British singer and her cruel, aristocratic Svengali. The special is a ratings bonanza, but is Jillian truly happy with her decision to turn the family over to the nanny? And what is this lewd note she finds in hubby's dry cleaning? Decisions, decisions. Hit the remote. Quick.