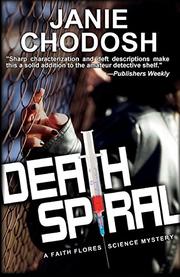 When a junkie dies, no one bothers to ask questions—except her daughter.

Six weeks have passed since Faith found her addict mother dead in their West Philly apartment, but she still hasn’t settled into her new life with her aunt in the suburbs. Already troubled by lingering doubts about her mother’s apparent overdose, Faith begins to search for hard answers after she discovers her mother was secretly participating in a clinical trial for a new treatment for heroin addiction. Though Faith’s reluctant to share her troubles with her aunt and her perky best friend, she finds a confidant—and romantic interest—in Jesse, a new student with a rebellious streak. Debut novelist Chodosh provides plenty of detail as Faith delves into the world of big-money medical research and gene therapy, but the science and mystery fall as flat as the unconvincing dialogue. Faith’s research never actually feels like the start of a genuine passion for the subject, and most of the progress she makes in her investigation comes through good luck rather than actual deductions. Astute readers will guess the truth behind her mother’s death long before the improbable denouement.

This science-heavy mystery isn’t as smart as it would like to be.