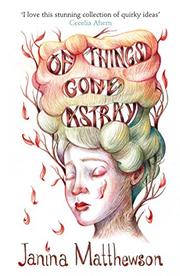 In London, people suddenly, inexplicably begin to lose things both physical (the wall of a house, piano keys) and intangible (their way, their status).

This novel breathes life into the cracks of everyday existence, creating a world in which even metaphorical loss creates a physical absence. Jake, whose mother has recently died, serves most closely as a central character as he begins to collect lost things, displaying an uncanny ability to understand the story of each thing he finds. His relationship with his father, however, begins to literally disappear at the same time, and his father’s girlfriend, Delia, who has lost direction in her own life, must fight to bring them back together. Marketed as a novel, this often reads more like a collection of very short stories. As the fragments of individual stories begin to coalesce, however, instead of feeling forced or overly clever like many ensemble pieces, the connections only deepen the individual—and the novel’s collective—sense of loss. There are moments of magical realism (a girl slowly becomes a tree) and moments of humor (a man one day cannot find his office building, therefore literally “losing his job”). Taken together, they provide a quiet but heartfelt commentary on the unpredictability and isolation of modern life. We may live in an age where everything seems to be at our fingertips all the time, but often these connections come at the expense of actual human relationships. The book “is a reminder that the world is not quite as we expect it to be,” and while that brings with it sadness, it also offers a sense of wonder at the limitless possibilities of existence.

Refreshing and spare, like a bittersweet melody echoing in an empty hallway, Matthewson's debut novel will linger in the reader’s memory.