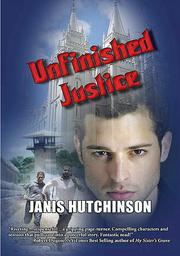 A falsely accused reporter sentenced to a chain gang vows revenge on the man who really committed the crime.

In this tense fiction debut from Hutchinson (Out of the Cults and Into the Church, 2012, etc.), Ed Bowman, after 10 years working as a typesetter and filler writer for the Casey Clarion in Hannigan, Virginia, seizes a chance to advance his career, make his wife, Sarah, proud, and confound the disapproval of his mother-in-law. Sue Davis, the much-loved daughter of the prison warden of the State Penitentiary, has been brutally murdered. Bowman wins a chance to cover the trial in Richmond alongside writers at much bigger papers like the Richmond Times-Dispatch. When he overhears and reports a confidential—and damning—conversation between the defense attorneys of the accused man, Gunther Buford, Bowman’s future at the paper seems assured. But Buford, whose “ungovernable temper evoked fear even in his closest friends,” breaks out of jail, intent on murdering Bowman for writing the story that sealed his fate. In the ensuing violence, Sarah is killed instead of the reporter. Buford flees, and, in an ironic twist, Bowman finds himself arrested and charged with the murder of his beloved wife. While Bowman is suffering on a chain gang, Buford, under the fake name of Gus Mooreland, rises in the ranks of the Western Pacific Railroad, unaware that the reporter he sought to kill remains alive and intent on revenge. Hutchinson’s dual narrative of the experiences of these men is expertly contrived, and her characters tend to be enjoyable stereotypes (for instance, early on, Bowman’s “dream was to work his way up to Investigative Journalist at the prestigious newspaper, the Richmond Times-Dispatch”). The prose itself can sometimes descend into clichés (“one fell swoop,” for example, and “moment of truth” are used without irony). But the fast-paced core story is served up with a good deal of dramatic energy, and the novel’s concluding scenes are genuinely gripping as Bowman slowly and uncertainly orchestrates his revenge on the man who ruined his life.

An effective page-turner about a killer’s new identity and a prisoner’s long-simmering plot.