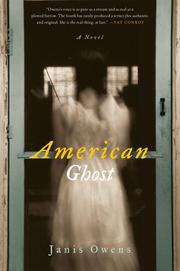 Owens brings a dark period of history to light in a book about Southern allegiances, racial tensions and shameful acts.

When anthropology student Sam Lense shows up to research the Indian population in tiny Hendrix, Fla., he has far deeper reasons for wanting to be there. In 1938, his Jewish great-grandfather, a storekeeper, was shot and killed by a black man who stole a pack of cigarettes. Henry Kite was pursued by the local sheriff, whom he also gunned down, and an outraged group of locals meted out their own form of justice on Kite’s family. By the time Kite was captured, tortured, mutilated and hanged, five other members of his family had also been lynched, including his mother and pregnant sister. As Sam works out of his tiny trailer and tries to investigate without arousing the ire of the community, he falls in love with Jolie, the daughter of a Pentecostal preacher and a member of the Hoyt clan, a rough-and-tumble hillbilly family that take care of their own. After Sam and Jolie become engaged, he accompanies some of the Hoyt men to the family’s fishing camp and gets shot in the back. Discovering that Sam hasn’t been totally honest with her about his reasons for coming to Hendrix, Jolie feels betrayed and leaves Florida to attend design school in Savannah. And Sam, feeling hurt and abandoned by Jolie’s absence, finally gets on with his life. Fast-forward several years, and enter Hollis Frazier and his brother, who claim to have a personal interest in the lynching. As they stir up the ashes, Jolie and Sam are once again drawn to their ancestors’ past and to each other as they try to lay to rest the events that have haunted the community since 1938 and to discover the circumstances surrounding the night when Sam was shot.