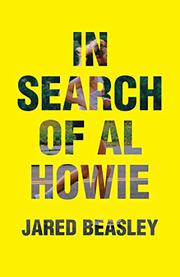 IN SEARCH OF AL HOWIE

An energetic work that chases the legend and captures the life story of premier Canadian extreme-distance runner Al Howie.

In an eccentric sport, Howie stood out. He would run hundreds or thousands of miles cross-country to the starting lines of multiday races—and then run to the next. Like a tour guide, Beasley (The Black Sheep, 2016) explores the cloistered world of extreme-distance running—involving races longer than standard 26.2-mile marathons—where Howie became an icon but never a household name. In 2014, the author found Howie, a silent shell of his former self, at a group home for the mentally ill. During the runner’s final two years, Beasley teased out recollections while tracking down documentary evidence and Howie’s friends and relatives, charting a path through memories and mythology. Howie, a native Scot, grew up in a hiking family and later enjoyed a hippie lifestyle before leaving his drug-addicted wife with their preschool-age son. He moved to Canada, where he was “on the run” long before his first race, which took place after he was 30. His stamina, flowing hair, and penchant for hydrating with beer defined him. In 1989, he became first to finish the 1,300-mile “Impossibility Race”—in 17 days, nine hours. In 1991, he ran 7,295 kilometers across Canada in 72 days, 10 hours—still the record—and two weeks later, broke his own 1,300-mile record. The book also reveals the relationships, personal demons, and twists of fate that shaped Howie, rendering the legend fully human—fearful and driven, flawed but likable. Beasley, an actor, director, and screenwriter, writes in a cinematic fashion, interspersing flashbacks between chapters with third-person snapshots of Howie’s signature trans-Canada run. He also seamlessly shifts focus from wide-angle settings to character close-ups, packs details into scenes without slowing the pace, and uses the colorful runners’ vernacular that christens a competitor a “manimal,” “alien,” or “freak.” Some may find the style hyperbolic, but they’d likely concede that if the author described a smoke-filled bar, they’d smell it. He achieves a fluid narrative that makes the pages fly by, like the miles beneath Howie’s feet.