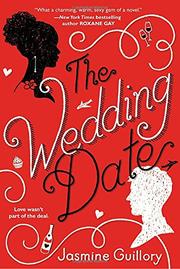 Alexa is a lawyer-turned–chief of staff for the mayor of Berkeley. Drew is a pediatric surgeon from LA in town for his ex-girlfriend’s wedding. When the two get stuck in an elevator in a San Francisco hotel, they unexpectedly hit it off, and Drew convinces Alexa to be his plus-one at the wedding, leading to a whole fake-relationship scheme. The relationship may be fake, but Alexa and Drew are very clearly interested in each other. As a one-night stand becomes a two-night stand becomes weekend trips between Berkeley and LA, both are in denial about how important they are to each other. As they face ups and downs, ultimately they must decide if they want to try to make a real relationship work. The writing is fast-paced, jumping between Alexa's and Drew’s points of view. The two leads are charming, and both have quirky friends who add flavor to the story. The issue of race comes up since Alexa is black and Drew is white; Alexa is more aware of situations that may turn ugly, and Drew becomes more mindful of his privilege, a timely lesson that adds depth to the story. The book is also unexpectedly raunchy, since Alexa and Drew’s connection starts as a purely physical one and they only later develop deeper feelings. The characters never find a situation that doesn’t turn them on at least a little bit.

Guillory’s debut is a mix of romance and raunch that will charm rom-com fans.