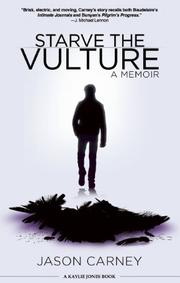 Addicts often refer to a moment of epiphany, when, at their lowest point, they experience a feeling of clarity that puts their disease into perspective. The author vividly describes his moment as a fortuitous brush with death, when, after bingeing on crack, he was driving with a prostitute and a car careened out of control, almost crashing into him at high speed. Dazed, Carney helped the other driver and noticed a crack pipe in his pocket. That man, tossed from his vehicle but seemingly unhurt, could have been him. So begins Carney’s tale of redemption, which is told through time-traveling vignettes that alternate between his fraught childhood and adolescence and the manic, drug-addled events immediately leading to his moment of “grace.” There is a sense of self-indulgence in Carney’s recollections of his lurid self-destruction, but his memory serves to contrast the extremes of his depravity with a newfound meaning in life. If addicts need an excuse to justify their excess, Carney’s list would probably dwarf most. Growing up, his family life was classically dysfunctional. He had a teenage mother and abusive father and teenage years of delinquency, homophobia and criminal apprenticeship. Behind all that, however, was a love of words and reading. Carney even fondly recalls his first encounter with poetry in which he smuggled a book out of the school library after checkout time had ended, later thinking after his first marriage ended after nine months, the “only relationship I believed I needed was with poetry.” His dedication to poetry would lead him to four National Poetry Slam finals and speaking gigs at colleges to decry the types of bigotry and hate that had led him astray.

Carney will easily win sympathy for his life, in which he has persevered to show others the hard work of his salvation.