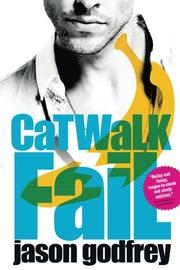 A debut novel presents an insider’s view of the professional modeling circuit.

Godfrey’s tale stars male model Colin Bryce Hamilton, who has been in the business five years when he suffers a comedic injury to the only part of his anatomy he’s never shown on a runway. Suddenly he’s dropped by his agency and shaken to his core, flashing back to his earliest days working the Milan fashion shows without knowing what he was doing. “A typical day had me casting with Dolce & Gabbana, cat-walking for Armani and posing for Fendi,” he recalls. “After a month of watching sunglasses-wearing clients flip through my book like it was the Yellow Pages, I didn’t get a single job.” As Colin’s life quickly and systematically falls apart (his conniving friends begin to get the modeling jobs he covets; his love life hits the doldrums; etc.), things are made worse by his sister Jasmine’s announcement that she intends to enter the same modeling world that has recently chewed him up and spat him out. Godfrey portrays Colin as affable, funny, and believably callow (“How many glasses of wine does it take to turn a six-foot Russian girl into a destructive whirlwind of lust?” he muses at one point. “No more than four. I counted”), which makes the experience of seeing him put in a crucible oddly intriguing. The narrative is steeped in the narcissistic realities of the modeling world, but those truths are delivered, usually by Colin directly, in the form of sardonic zingers: “There are few problems in modelling that can’t be solved by a body fat percentage below five.” Yet the characters, from rival models to groupies to shady event coordinators, are textured with authenticity. The twin drives of Colin’s own story—to get his life back on track and to protect his sister from ruining hers—are all the more winning for the hero’s feet of clay.

A saucy and ultimately heartwarming tale set in the cutthroat world of high-stakes modeling.