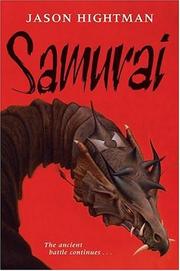 It’s no picnic being the scion of the last dragon-hunting family. Simon St. George doesn’t understand his father, can’t pick up girls and spends his days training to destroy the dragons responsible for all the world’s plagues. The world is at risk from two powerful dragons seeking to mate, and Simon and his father are off to Japan to kill them before it’s too late. There they meet an ancient boys’ club of dragon-slaying samurai, who are committed to protecting the secret weapon that the St. George family didn’t know existed: Simon’s cousin Kyoshi. The two groups of dragon slayers join forces to fight the wicked Japanese and Indian Dragons, but their efforts are hampered by constant infighting. The samurai—ethnic stereotypes and stock characters, all—are unable to communicate with Simon’s pigheaded father. The bumbling forces of light fight the unremittingly evil forces of evil in a massive conflagration packed with fire, tigers and torture. Too bad there’s no accompanying spark in the choppy prose of this plodding tale. (Fantasy. 12-14)