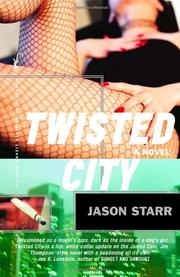 Another of Starr’s detestable antiheroes, leads a slipping-down life that is about to become worse.

What Solomon is to wise, David Miller is to shallow. It makes sense that he’s got a job that demeans him, a boss who demoralizes him, a lover he’s beginning to hate, and a dead sister for whom he has highly inappropriate feelings anyway. One day someone swipes his wallet, and he’s thrown out of the bar in which he had just failed miserably to pick up Charlotte, a junkie/hooker/blackmailer even more dismal than David. But Charlotte has David’s wallet—discovered on a bus, she says, or maybe the subway. At any rate, if he wants to retrieve it, he must come to her place, where complications ensue. One of these is Ricky, another is Kenny, and both wind up dead, leaving David a sitting duck in an unusually rotten scam. Pressure mounts. David squirms. More people are killed. Will David escape before the piper demands payment?

Noir is an honorable tradition, but there’s a world of difference between James M. Cain’s dark and Starr’s dreary (Tough Luck, 2003, etc.).