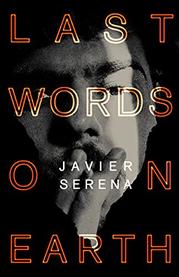 A tale of artistic dedication inspired by the life of Roberto Bolaño.

The first novel in English translation by the Spanish-born author Serena isn’t strictly a roman à clef about Bolaño. For one thing, its hero, Ricardo Funes, is Peruvian, not Chilean. But the arc of Funes’ life bears a strong resemblance: an early hand-to-mouth literary apprenticeship in Mexico, a later move to Spain, then an explosion of global success until his career was cut short by illness. Here, Funes’ story is told by three narrators. Fernando, a fellow writer, recalls Funes from his early days in Mexico’s “negacionismo” literary movement that thumbed its nose at the literary mainstream. Funes' wife, Guadalupe, remembers their courtship in Spain and his yearslong efforts to balance his ambitions with marriage and parenthood. And Funes himself concludes with his own moody contemplation on his career. In each case, the prevailing theme is uncompromising commitment to artistic ideals, to the point where Fernando’s descriptions of the writer are nearly Christlike: “He held himself with the gravitas befitting a liturgy: his sandaled feet were planted firmly in the mud....” This sometimes gets repetitive and hagiographic, but Serena is also alert to details that color and complicate Funes’ obsessive character: his determination to woo Guadalupe (a megaphone is involved), his close critical attention to porn films, his needing to email manuscript instructions to his editor even as he nears death. And Serena channels his observations about creativity into elegant sentences (via Whittemore’s translation) that evoke the storm-clouded intensity of Bolaño’s prose in books like 2666. (This is the first of two companion novels by Serena; the forthcoming Atila is about the Spanish writer Aliocha Coll.)

A meditative tribute to perseverance and literary integrity.