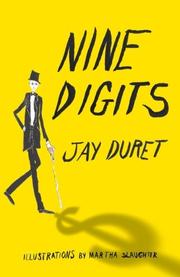 An eccentric family competes in a reality show in Duret’s debut YA novel.

The Marcus family of Philadelphia—Skunky, Golden Boy, Barkus, Marticus, Nee Nee, and their parents, Airball and Saint Marcus—are selected to compete in a new, national reality show, where they’re woefully overmatched by the hardy, athletic Ponchatrains from New Orleans and the intellectually gifted Perfects from Boston. As the competition takes off and its producer, Buzzemiah Miller, mounts an extensive promotional campaign, readers get to know the Marcuses and their competitors in multilayered ways: through their behind-the-scenes interactions, their performances in various “challenges,” and their glossy, manufactured images, presented to and consumed by the show’s millions of viewers. The vain, attention-seeking Nee Nee, the oldest Marcus daughter, functions as the main protagonist as her family and their TV fans look for substance and redemption in the most unlikely places. A quote on the novel’s back cover compares it to Norton Juster’s 1961 classic The Phantom Tollbooth, and after a somewhat slow start, Duret’s book really does begin to approach the witty, imaginative, and accessible brilliance of that genre-busting work. It isn’t a fantasy—there’s no mystical land, unless Hollywood qualifies as such, and everything seems to follow generally accepted rules of time and space. Nevertheless, the story does have elements of the supremely absurd that are delightfully amusing and fiendishly clever. While staying focused on the action, Duret makes incisive, thought-provoking comments about what we value, as individuals and as a culture, when it comes to family, work, competition, education, and entertainment. His lively, slightly snarky prose is also a perfect fit with the material (“He didn’t seem as much to have a tan as to be entitled to one”). Overall, this book will appeal to fans of all YA genres—and their parents as well.

An action-filled story full of funny, topical, and sympathetic observations about the world today.