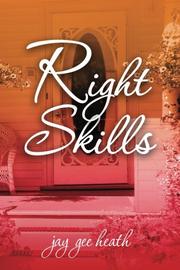 A cyberspace thriller with a romantic twist.

When Jake Jayden sees his estranged wife and genius computer coder, Cilla, in a well-read gossip blog standing next to Peter Conrad—the man he’s investigating for allegedly stealing highly secretive research on weapons and drone technology—he figures he has an in. However, Cilla hasn’t forgiven Jake for abandoning her 10 months ago, apparently for another woman. Putting her emotional differences aside, Cilla is intent on proving her friend and business partner’s innocence, so she makes the introduction. As Cilla deals with her unresolved feelings for Jake, she and her four closest friends/business partners/fellow hackers—a group that goes by the name of the Gang of Five—agree to help Jake while they work on a blockbuster game that stands to make them millions, which they hope will allow them to start a children’s charity. Though Peter is promptly cleared of any wrongdoing, the danger escalates, and Cilla’s life is jeopardized by Sheri—a prison escapee for whom Jake had supposedly left Cilla. Now, Jake and the gang must act fast to stop Sheri and prevent the online auction of high-tech secrets before it’s too late. Debut author heath's offering is rendered in a roundabout, convoluted style that compromises the plot’s pace. Unnecessarily drawn-out and needlessly restated ideas cause some of the dialogue to be a bit too on the nose and unrealistic, especially when characters constantly repeat each other’s names in conversation. The repetition perpetuates further when characters are informed, sometimes word for word, of information readers have already heard. The fairly compelling concept has difficulty moving forward. Readers are regaled over and over with Cilla’s pain regarding Jake’s betrayal and abandonment, as well as her new, parallel sense of identity—centered on a sexy, devil-may-care attitude—and background information on the Gang of Five, a moniker that’s repeated ad nauseam by those in and out of the group. Despite attempts to create a sense of intrigue and urgency, the tendency for characters to voice seemingly every thought and idea causes the conflict resolution to feel soft and contrived.

A rather diluted cyberespionage-fueled debut.

The eBay Code
by Charles A. Salter
Fiction