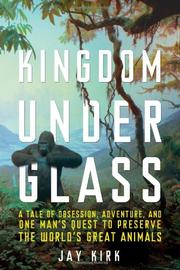 A Tale of Obsession, Adventure, and One Man’s Quest to Preserve the World’s Great Animals

Carl Akeley (1864–1926) began his career as a nature-loving natural-history museum apprentice in New York “skinning birds” for ladies’ hats. He soon became disillusioned after being viewed as a loafer, repeatedly sabotaged by others in his field or fired. Kirk (Creative Writing/Univ. of Pennsylvania) skillfully illuminates an era that saw “a dawning sensitivity to the plight of wildlife” as Akeley went relatively unnoticed until several of his best pieces were being sold at premium prices by the same museum curator who’d terminated him. His ascent to greatness began to take hold in 1886 when, after relocating to Wisconsin and then Chicago, Akeley exercised his burgeoning technical skill by creating an exclusive habitat diorama using cement casts, wooden pedestals and iron rods. He also developed a particularly rare skill with papier mache, used to fashion even more “eerily lifelike” exhibits. With footnotes and photographs, Kirk steers his consistently entertaining narrative away from Akeley’s in-house work to focus on the taxidermist’s many years spent adventuring on safari in the African jungle with dignitaries like Theodore Roosevelt. These tantalizing expeditions challenged Akeley, who seemed drawn to working with elephants and gorillas, but never prepared him for the dangers of the call of the wild. The author shines in his reanimation of Africa’s inherent dangers as Akeley risked his life on safari battling ravenous leopards, charging elephants, five-hour hikes without rations and debilitating fevers—including the one that would take his life in 1926.

The feral escapades of a creative wunderkind stitched together with novelistic zeal.