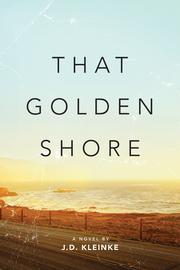 A middle-aged rocker traverses the highs and lows of modern-day California in this introspective sequel.

Jack is living his dream. For the last couple of years, the 50-something has had regular music gigs in two bands. He’s a long way from his corporate job back East, having gradually made his way to California. Now he’s doing what he loves—jamming on guitar and bass for a paycheck and surfing whenever he gets a chance. Jack’s life hasn’t been without tribulations. He mourns the partner he lost to cancer, regrets leaving a girlfriend when he took a mountain rescue job in Colorado, and, most recently, seems to miss another girlfriend whose job called her to New Zealand. Still, he revels in his freedom. He has no worries about taking care of a family—an ideal that his drunken father had long ago tarnished. Sadly, Jack’s current and reliable love, California, undergoes big changes. Wildfire evacuations upend his peace, and a planned resort threatens to demolish the homes in his beachside community. Jack, meanwhile, can’t help but reflect on the “girl” in “Sunset Road,” one of his band’s most popular songs. “There is no sunset road,” Jack muses. “There’s just a road, and no one at the end waiting for you, unless you ask them to.” But he soon meets Eve, a schoolteacher and a single mother. Jack, a free spirit on stage, suddenly finds himself immersed in Eve’s extended family, an unfamiliar terrain that he willingly braves.

Kleinke’s novel, a sequel to Dudeville (2017), brims with lively descriptions of its sunny locale. Characters watch glorious sunsets, drift off listening to the crashing tides, and endure high temperatures that wildfires make even hotter. Jack, though, spends a lot of time in his head; a recurring scene shows him zoning out while stuck in California traffic (with honking horns bringing him back to reality). But even when he ponders abstract ideas, details remain concrete. For example, Jack contemplates the Presence, aka God: “The Presence is nowhere more intensely present than above treeline, at the top of a mountain, with all of creation spread out before me; or at the very bottom of a desert canyon, with all of Time…or pouring in off the ocean, in pulsing waves of consciousness beyond my consciousness.” As part of his introspection, Jack experiments with different religions, which Kleinke treats respectfully. The protagonist embraces Judaism, though he wasn’t born Jewish, and Jack, who’s White, learns about Eve’s Native family’s religion. These differing religions represent unity, or a family, that Jack, who’s something of a drifter, doesn’t have. As the story progresses, readers catch glimpses of Jack’s fascinating life—his troubled childhood, past loves, and the incident that led to his rock ’n’ roll–filled days. Jack maintains an intriguing serenity, especially under pressure—his “eye-of-the-shitstorm mode.” He’s a believable character; his calm exterior sometimes breaks, like when he takes an understandably aggressive tone with “surf punks” bullying others at the beach.

An enthusiastic, profound coming-of-age tale for an older generation.