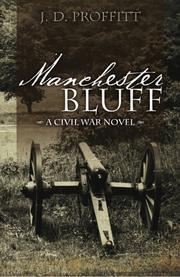 Proffitt’s first novel is historical fiction set against the complex social and political conflict that existed during the Civil War.

Jason Alexander is drawn into the center of both the Washington political machinations and Union military action when he is appointed as an agent for the War Department. Detecting and disrupting the Confederate clandestine courier network places him behind the scenes and in the midst of physical confrontations taking place between the two armies. Aspects of the Civil War that are so often ignored by contemporary history books—everything from lack of support by Northern citizens to the inner-workings of Washington politics and the espionage that took place—become a personal perspective through the use of Proffitt’s fictional character. One of the strong suits of this book is the incorporation of minute descriptions of places and common events of the era that lend credibility to the story. The author doesn’t attempt to explain the conflict nor present the overall scope of its battles; he commendably retains a first-person perspective in what is essentially a mid-19th century spy thriller. The story builds logically, but slowly, one short chronological chapter after another. For readers who can devote only a few minutes at a time, this is ideal. The building of suspense could be stronger, but the format works well for developing the network of characters—most of which are historical. The climax comes with a twist that seems more real than most fiction.

Despite being a novel, Proffitt’s book has the potential for being an effective introduction to the complexity and highly personal nature of the American Civil War in a classroom setting—others will find it easy-to-read, escapist literature.