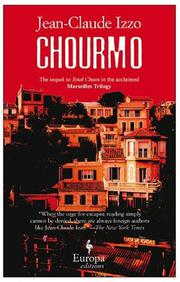 Like the eponymous slaves who powered Roman galleys, the neighbors who pull together hoping against hope for escape fuel the second installment of Izzo’s Marseilles trilogy.

Fabio Montale has resigned from a police force even more violent and morally compromised than he is (Total Chaos, 2005). But you don’t resign from violence itself, and when his beloved cousin Gélou’s son Guitou disappears, Fabio fears the worst. And with reason: The boy, whose first romantic tryst was unwisely set in a borrowed apartment down the hall from Algerian historian Hocine Draoui, is gunned down after he stuck his head out the door in response to Hocine’s screaming. Which of the dozens of possible candidates—neighborhood kids who’ve graduated from holdups to homicide, Islamic fundamentalists who didn’t approve of Guitou’s dating Naïma Hamoudi, terrorists who long ago threatened Hocine with death—is responsible? The question is bleak and the answer even bleaker, but along the way, Izzo provides another guided tour of the underbelly of Marseilles (so extensive that it seems to swallow the whole city) that’s bracing in its wit and velocity, and this time, with a surprising amount of sententious sentimentality as well: “The world was like us now. No destination, no future.”

A bitter, sad and tender salute to a place equally impossible to love or leave. Like George Pelecanos, Izzo connects to individual lives large-scale social, economic and political forces most often encountered in op-ed columns.