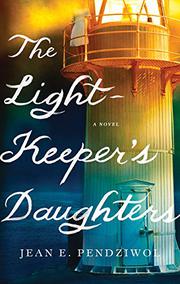 A decades-old mystery is revisited as an elderly woman shares the story of her childhood with a troubled teen.

Teenage foster child Morgan Fletcher has been sentenced to completing a term of community service at the senior center she tagged with graffiti art. On her first day scraping off spray paint, Morgan meets Elizabeth Livingstone, an elderly woman who's still sharp as a tack but is almost completely blind. A boat belonging to Elizabeth’s older brother, Charlie, has just been found, empty and foundering on Lake Superior. The boat was discovered near Porphyry Island, a small island in the Thunder Bay District of Ontario, where she and her siblings were raised. Their father was the lighthouse keeper on Porphyry Island for many years during the early 20th century. Although Charlie is missing, the authorities have recovered journals that belonged to their dead father, Andrew, and those books have just arrived for Elizabeth. Unable to read her father’s words on her own, Elizabeth looks to the delinquent teenager repairing the fence outside her window. Morgan is quickly drawn in by Elizabeth and her history, spending many hours reading to the old lady instead of hanging around with her deadbeat boyfriend. As Morgan helps Elizabeth solve the puzzles of her past, the two women, young and old, form an unlikely bond that helps Morgan unearth many mysteries about her own life. With each tidbit that Elizabeth discovers from her father’s writings, Morgan becomes more desperate for answers about her own past. In her first foray into adult fiction, Pendziwol (Once upon a Northern Night, 2013, etc.) has created an intricately satisfying story about love and deception that manages to be both melancholy and exhilarating.

A haunting tale of nostalgia and lost chances that is full of last-minute surprises.