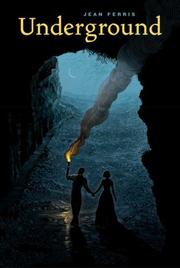 In 1839, 16-year-old Charlotte Brown is sold by her owner in Tennessee to the proprietor of the Mammoth Cave Hotel in Kentucky, where she works as a maid. Charlotte cannot understand the appeal the cave has for its many visitors, or the passionate interest it holds for Stephen Bishop, a fellow slave, expert guide and chief explorer. Charlotte falls in love with Stephen’s adventurous spirit, intelligence and kindness. She also discovers that runaway slaves, making their way to Ohio, are coming to the hotel for help. Charlotte enlists Stephen’s help in hiding two runaways in the cave when slave-catchers come looking for them. The living conditions for the slaves are relatively good: Stephen can read and write, and has leave to explore the cave independently and make important discoveries. As a guide, he enjoys opportunities to direct white people. Charlotte’s worst experiences are in the past. She reflects on the horror of her family being separated and sold, and the brutality of former owners. Although they help other slaves escape to freedom, Charlotte and Stephen choose not to run away. In an afterword, Ferris explains that Charlotte and Stephen were real people but that there is no evidence that Mammoth Cave was used to shelter runaway slaves. This fast-paced historical novel offers readers an engrossing story and a unique perspective on a familiar subject. (Fiction. 10-14)