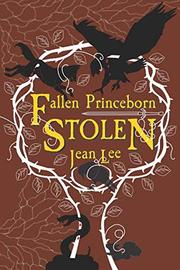 A troubled teenager enters the fairy world to save her sister in this fantasy romance by Lee (Tales of the River Vine, 2018, etc.).

Eighteen-year-old Charlotte and her 14-year-old sister, Anna, are on the run from an abusive family situation, but soon after their bus crosses the Wisconsin border, it breaks down. An insistent “Voice” in Charlotte’s heart tells her not to get on the replacement bus, but she and her sister do, and a second breakdown leaves them stranded at a farm motel near the stone-wall border of a fairy realm. Anna is soon spirited away, but Charlotte, who can see what others can’t—the decay hidden beneath the illusion of normalcy—vows to breach the wall and do whatever she needs to do in order to save her sister. It turns out that Anna isn’t the only one in danger; by crossing the boundary and going up against the powerful woman known as “the Lady,” Charlotte brings another being, “the Bloody Prince,” back to life and reignites a civil war in the fairy realm. Charlotte has no one she can trust, as nothing is as it seems, and worst of all, she might just be falling in love with the aforementioned prince. Lee writes from a third-person, present-tense point of view, but the tale is still told very much from Charlotte’s perspective, spurning exposition in favor of snippets of teenage angst. Charlotte emerges as a believable survivor—strong, determined, and devoted to her sister but also vulnerable, with a deeply buried sense of hope. The only off note is her heightened, Buffy-like sassiness, which seems less natural than genre-driven, but it’s still handled well. Anna is similarly convincing as the resentful younger sister; the fairy folk walk the line between being straightforward villains and antiheroes. The fairy realm itself is more grim than enchanting (think the Upside Down from the Netflix TV series Stranger Things), and the fact that Charlotte is trapped there—an echo of her family situation—lends an uneasy edge to the would-be romance.

A suitably beguiling and unsettling first book in a series that promises deeper, darker escapism.