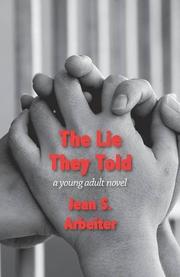 The Lie They Told

When a teenage girl in 1925 Chicago kills her violent stepfather, her mother takes the blame in this YA novel.

Carola Pawlak, 15, living in Chicago’s Polish Town, is shy, studious, and badly dressed, although other girls sometimes say her looks are “promising.” She dreams of becoming a writer and has few friends other than Stan Carlson, a handsome Roma boy. She and her sweet mother, Maria, walk on eggshells around Carola’s angry, explosive stepfather, Henry Jaworski. That is, until a fight one day in which Carola, trying to protect her mother, strikes back. He attempts to destroy a prized silver amulet that Stan gave her—but it has a hidden knife, and Carola plunges it into Henry’s chest. Maria confesses to the crime, forcing a promise from Carola to go along, and is arrested. Unexpected help then arrives: Louise Lazaar, “the Chicago Tribune’s leading ‘sob sister.’ ” Sensing a story, Lazaar brings Carola to see T.J. O’Malley, Chicago’s best criminal lawyer, who takes her mother’s case. Carola gets a makeover—bobbed hair, cosmetics, new clothes—and Lazaar dubs her and Maria the “Mother-Daughter Angels,” writing stories such as, “‘She Did It for Me,’ Says Angel Daughter.” But Maria’s still in danger from other prisoners, and Carola learns that Stan’s in trouble for giving her the mysterious amulet. Arbeiter (A Mouton Coat: The Hunt for a Mother’s Story, 2013, etc.) offers a sympathetic YA heroine who’s also conventional in that she doesn’t feel beautiful but is, and she wants to be a writer. Her romance with Stan is sweet and provides a little heat, and Carola has a chance to play the rescuer instead of the rescuee, which is unusual in the YA genre. The 1920s setting is also vivid; Arbeiter gives a well-rounded sense of the era’s highlights, such as flappers and actor Rudolph Valentino, and challenges, such as crime and injustice.

A fast-paced romantic drama with a touch of Roma magic.