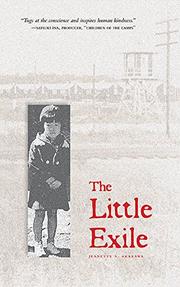 A child of Japanese immigrants looks back on her World War II–era experiences in internment camps and afterward.

Changing names and inventing details to fill in the gaps between memories, Arakawa, in character as Shizuye, begins with her 1932 birth on a Murphy bed in San Francisco, takes her narrative through multiple moves that become forced ones in the wake of Pearl Harbor, then concludes with a temporary postwar settlement in Denver and final journey back to the West Coast. Despite the fictive fill, her account is spotty and episodic, more hindered than helped in its course by such details as painstaking descriptions of the route between one home and the local playground or tedious tallies of the comings and goings of briefly known schoolmates. As much a personal story as testament to a historical outrage, her recollections mingle references to domestic strife, pre-adolescent bed-wetting, and suicidal impulses following the internment with incidents of being jeered as a “Jap” on the way home from school, encounters with neighborhood “racial covenants,” and other manifestations of prejudice—not to mention repeated forcible removals to hastily constructed camps in California and, later, Arkansas. Occasional mentions of “Caucasian” visitors or a friend’s “dark skin” serve as reminders that most of the figures here are Asian or Asian-American.

These are experiences that need to be remembered, though Arakawa’s are not as compellingly related as other novels or personal accounts of the travesty.