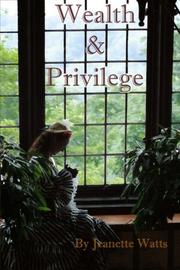 by Jeanette A Watts

Watts’ debut tells the story of Thomas Baldwin, who goes into the family iron business. He falls almost instantly in love with the unconventional and beautiful Regina Waring, a married businesswoman. He marries Meredith, however, whom he can barely tolerate after she, with some coaching from her mother, tricks Thomas into a compromising situation. Thomas’ inability to stop the sham marriage is more an indicator of his passivity than the social mores of the time. What follows is a life in which Thomas throws himself into his business while failing to so much as consummate his marriage. A partnership with the Warings allows him to spend more time with Regina, and the two become friends as well as business partners. Mr. Waring dies in an industrial accident, and Thomas comforts Regina. When the grief threatens to overtake her, he insists that she travel to Europe even as he regrets sending her away from him. The long, slow love story builds to an inevitable conclusion with a dramatic, somewhat abrupt ending. The novel is rich in historical detail and facts, along with many real-life historical figures. Occasionally, the need to reference such facts forces the characters into stilted conversations, such as when Regina explains the Comstock Laws to Thomas, though for the most part, the facts blend well with the storyline. Thomas is a difficult character to like; he’s spineless, and while his hatred for his wife is not without cause, he seems to overlook the fact that he did allow himself to be lured into the marriage. During one tirade, Thomas tells Meredith, “Ignorami such as yourself aren’t generally equipped with the mental capacity for much comprehension, are they? Every glimpse I get of your vapid countenance is a mnemonic that I’ve been saddled with an imbecile.” That said, he displays some character growth and ultimately redeems himself.

This slow-moving love story provides a glimpse of the Industrial Age in western Pennsylvania.