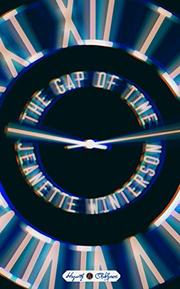 THE GAP OF TIME

Shakespeare did a pretty good job with his plays, but Hogarth Press is putting out a series of rewrites by contemporary novelists. This is Winterson’s version of A Winter’s Tale.

Winterson says the play “has been a private text for me for more than 30 years. By that I mean part of the written wor(l)d I can’t live without; without, not in the sense of lack, but in the old sense of living outside of something.” The play does have a thematic resemblance to Winterson’s novels (The Daylight Gate, 2013, etc.) and memoir (Why Be Happy When You Could Be Normal?, 2012), with its autocratic father, hints of incest, passionate love shading into abuse, foundlings, and redemptive innocents. Shakespeare’s telling reads like a fairy tale: a jealous king, convinced his wife is having an affair with his best friend, has his baby daughter set adrift. She washes up on the coast of the friend’s kingdom, Bohemia, where a shepherd finds her. Meanwhile, the Delphic Oracle vindicates the queen, who (supposedly) drops dead, only to reappear years later as a statue who comes to life once the lost princess is allowed to marry the Bohemian prince. Winterson changes the king into a London hedge fund tycoon, the queen into a French pop star, the shepherd into a black musician in New Bohemia, Louisiana, the queen’s loyal scold of a serving woman into a Jewish executive assistant spouting Yiddish proverbs, and so on. It generally works well, but the transformation drains the story of some of its fairy-tale magic: for example, the statue business shows up only as a video game and a metaphor (“Every day she finds another carving, another statue and she imagines what it would be like if they came to life. And who trapped them in stone? She feels trapped in stone”). Winterson’s most interesting addition is to make the king-king-queen love triangle explicitly sexual: here the two men are not just best friends, but boyhood lovers.

Ponderous comic sections are redeemed by flights of epigrammatic lyricism that twist cynicism into hope.