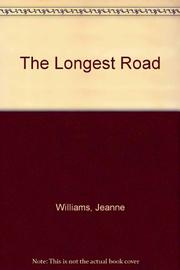 Another period romance-adventure featuring a brave little gal mogging through trouble, teaming up with other down-and-outers, finding love, and making music. Unlike the primas of The Island Harp (1990) and Home Mountain (1991), this latest Williams heroine would rather blow a harmonica than pluck a harp—on the way from Kansas to Texas during the Depression of the 1930's. When Ma died in Kansas, father Ed left 13-year-old Laurie and her younger brother Buddy at the hardscrabble farm of horrid Grandpa while he set out for California to find work. Hoping to find dad—as well as the kind wayfarer who gave her courage and a harmonica and taught her traveling tunes—Laurie with Buddy hops freight trains. It's kind ``Way,'' one of the migrating jobless men, who takes the pair in hand; and when it's known that Ed has died, the three form a makeshift family, eventually augmented by Marilys, a hotel pianist. Meanwhile, swooping around like a buzzard, is W.S. Redwine, a persistent villain, owner of truck- stops, oil wells, etc. On the trek to Texas, the new family will mingle with the desperate and dispossessed, see nature's wrath and government wrongs, share food, stories, songs. And by the close, Redwine is neatly splashed away—while Laurie finds love. Williams has assembled some appealing folk reminders of those hard times, but the story route has that click-clack inevitability that brings hither slumber—or, for the following, the serenity of knowing that the journey will end on the sunny side of the street.